Manu, 15 years old, is waiting for his first parade with his bagpipes…

“I’m not very happy with my performance, especially when I hear the others”.This Saturday morning, Manu was the second to take to the stage for the under-15 contest.Stéphane his father confirms.”He didn’t prepare enough.” In the hall, the young bagpipers follow one another in solo on Breton and Scottish suites, showing an astonishing mastery of the instrument.

Manu Le Berre’s career illustrates the level reached by these young musicians, partly thanks to a family heritage.

“I hope to march next year”

I was a bagpiper at the Auray bagad,” explains Stéphane Le Berre.I started when I was 11.I was attracted to this music that could be heard from afar.The bagpipe was the most impressive instrument, especially for a small one.And there was also this continuous sound”.Now settled in the Moulin-Vert district of Quimper, Stéphane has stopped playing but he has passed on his musical and Breton fibre to his children.

“I wasn’t interested in Breton music at first,” Manu continues, “I wasn’t interested in Breton music at all.The interest came from watching my sister dance.I chose the bagpipe because it’s a beautiful instrument in a parade.I was 12 years old.You can start earlier, but 12 is the age when you learn the most.What has been complicated is the fingering, which is not easy.You also have to manage the breath.I had a good, stubborn teacher, Jean-Yves Herlédan.I hung in there.After three months, I left the practice for the bagpipes.My dad made me work.He had a level because Auray’s bagad was at the top when he played it.Today, I’m playing in the bagadig of the Moulin-Vert.I think it takes at least five years of practice to get into a bagad.I’m 15 years old and I hope next year I can start with a parade.Later, it will be the Lorient and Brest competitions “.

Manu has not regretted his choice of his used bagpipe, an instrument that is mostly held by the guys, the girls being more interested in the bombard which if it seems more handy also presents other difficulties.”But I’ll try another instrument,” he adds.

On Saturday, all day long, some 120 ringers in all categories competed in the Max Jacob Theatre and in the neighbouring premises of Ti ar Vro and Les Ateliers.

This Sunday, the Bagpipe weekend organized by Sonerion continues with the qualifying competition of the Breton selection for the McCrimmon Highland Bagpipe Trophy which will take place at the Festival interceltique de Lorient 2020.The top Breton musicians will be present at the Max-Jacob Theatre from 10 am to 4 pm. 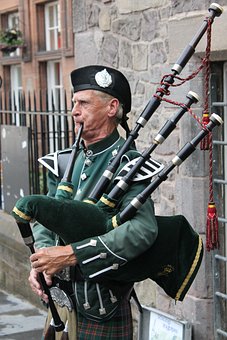